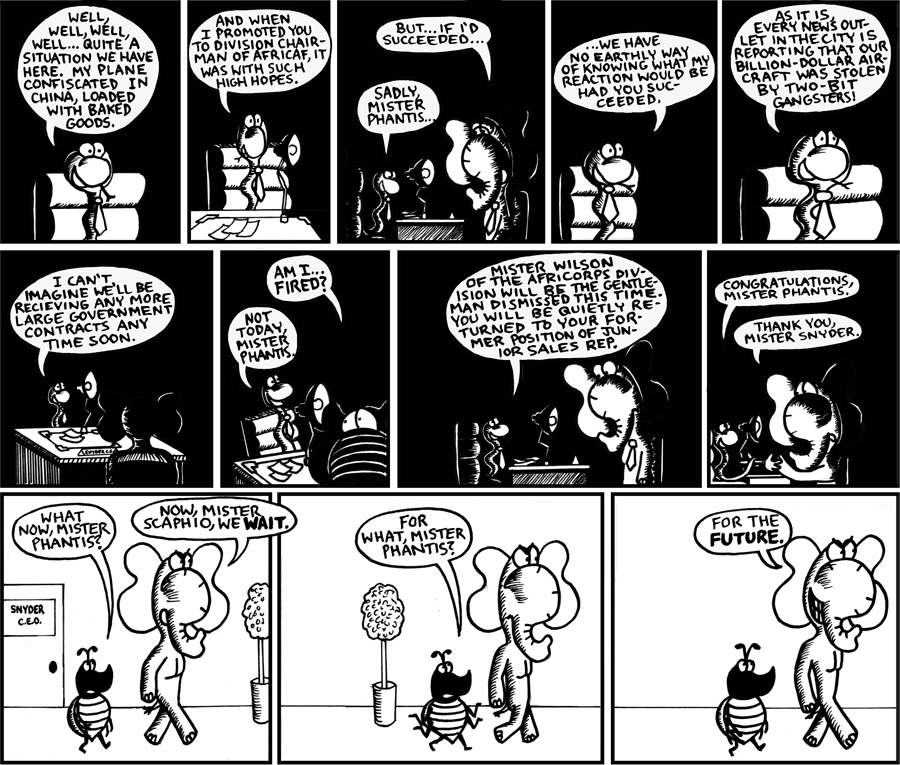 Mr. Snyder, the C.E.O. of Africo, first appeared here in E&A Classic. He showed up one more time in Classic, but didn’t since, until this episode of Bury My Beak. Obviously, both Snyder and the tone of the strip have changed since then. Scaphio and Phantis, Elo and Anson’s evil counterparts, also first appeared in a Classic story and didn’t again until now.